Age Concern has arranged three short talks on Thursday 26th March in the Drop-In-Centre, in Calle Zaragoza, Estepona starting at 11.00 a.m. A representative from Avalon will discuss funeral costs and expenses in Spain. A member from the Citizens’ Advice Bureau will talk about the national health service in Spain, and finally someone from Money Exchange will look at options available for moving money into/out of Spain.

A mistake was made in the last release from Age concern about the cost of the lunch on 21st April. The correct cost is given below, apologies! 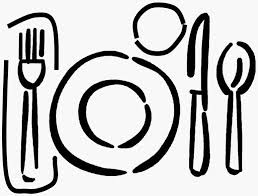 Age Concern is in the process of booking its next Venta lunch as part of the program for the year. The date will be Tuesday 21st April and the venue is Venta Cozar on the Casares road. It will be a three course meal as follows at a cost of 12€ for volunteers and Friends and 13€ for all other guests. You can reserve places now by calling 951 318 234 and leaving your details.

The menu choices are: