Firstly I would like to wish you all a Very Happy New Year and to thank you for your support and donations during the past year, without your backing we would not be able to carry out our aim which is to make lifer easier and more bearable for many of our residents in their golden years.

We have been very fortunate this year, as other fund raising organisations have given us proceeds from their events, such as the Easter Fair held in San Rafael, organized by Margaret Nawaz, The Workers SH.T party, organised by Martin Makepeace for all the seasonal workers on the Island, The Michael Winch Football Memorial Trophy, organized by Carol and Debbie Winch and also Concorde Lodge 66, the Masons, who nominated Age Concern as their chosen Charity for the year. We would be lost without their kind funding.

Age Concern also held our own events, namely The dinner Dance held at the Muay Thai Restaurant in March two Bingo afternoons, one in March and one in November, held at The Olive Tree, finishing off with our Christmas Lunch held at Can Truy, which was one of the best events we have ever held. All of which were well supported.

Age Concern Ibiza & Formentera are affiliated members of Age Concern España, of which I am a Board member as being your President. I attended, along with my wife, the A.G.M. which was held in Palma on the 9th April, who write our bylaws and statutes for which we have to abide by, by being a charity.

During the year we have updated and replaced some of our equipment that we loan out to the people in need. We have also had equipment donated by people, who no longer require the use of it.

During 2015 we will be celebrating our 20th Anniversary, so please keep a look out for any information posted.

Don’t forget you can always check the gov.uk website for updates about living in Spain

Thank you all once again for your support, and let’s hope 2015 brings you a healthy and prosperous year.

A word of thanks to all who have provided raffle prizes at our events during the past year and also to Roland, Anna and their staff for providing the refreshments at our Bingo sessions.

As President Tony mentioned the Christmas Lunch was a huge success this year with a record attendance. The children of Morna Valley entertained with a selection of well known carols and some of them performed their winning entries in a Talent Competition held at the school. Father Christmas once again delighted them with his attendance which as my youngest granddaughter would say was “Cool”.

For the first time Vinnie provided music which encouraged those who were brave enough to show off their dance moves!

As mentioned in the President’s Report a donation was received from Carol Winch following The Michael Winch Football Memorial Trophy of €1500. We should mention that Carol has now left Ibiza and we are extremely grateful to her for this amount. 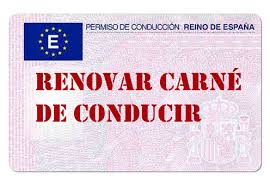 It is nor widely known that it is not necessary to travel into Ibiza town to do this . Should you reside in the vicinity of San Antonio this can be done at the private Galleno clinic on the Avda. Dr. Fleming near the Egg. The staff speak perfect English are extremely helpful and the whole process (apart from the dreaded fairground machine) painless. The clinic offers this service on Monday and Tuesday only from l0.a.m. until 1.pm no appointment required. The cost is the same as if you were to attend Ibiza. At the time of going to press it is not known if other Galleno clinics offer the same service but it would be useful to find out.

This has been arranged for the 21st March 2015 at The Muay Thai Restaurant, Cala de Bou. Cost €30 for dinner and entertainment. Please give Lyn a call on 971 346 094 to reserve. Advertising will appear at a later date in The Ibiza Sun and with posters at strategic points.

These were due December 2014 and to those who pay theirs directly into the Bank we would ask that you also mention your name otherwise the Treasurer has no way of knowing who has paid,.

We understand this will be held at San Rafael on the 4th April 2015.

This entry was posted in AC Ibiza y Formentera, all. Bookmark the permalink.