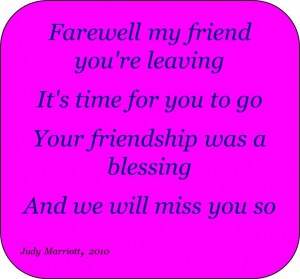 It is with sadness that Age Concern has to announce that Barry Hands, who helped set up Age Concern, Estepona and Manilva, some 10 years ago has died.

Barry was in his early 80’s and had returned to live in the United Kingdom a few years ago. He had been ill for some time but was back in Spain earlier this year for a holiday.

Barry was very well known along the coast and all who knew him will remember him with fondness. He, and Iris, his wife, worked tirelessly for Age Concern when they were living here. Condolences have been passed on to Iris and to the family.

For older people who require help or advice Age Concern operate a telephone service called Lifeline. This gives the individual a direct point of contact with the charity. The telephone number is 650 163 928. It should be noted that Age Concern is not an emergency service. There is also an email address where you can contact Age Concern, Estepona and Manilva. It is [email protected] .

This entry was posted in AC Estepona y Manilva. Bookmark the permalink.